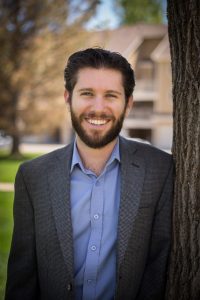 Some might say that Matthew was born to be a religious innovator. Some might say that it was prophesied at his birth that he would harness ancient wisdom and harmonize it with embodied-spiritual practices for the sake of our world’s greatest needs. However, just because some might say it, doesn’t mean it’s completely true.

In reality, when Matthew was a child in Calgary, Alberta the adults around him thought he would be anything from a doctor to a mathematician, or perhaps a professional ping-pong player. Up until his mid-teens, when Matthew wasn’t competing in racket sports or dribbling a basketball, he was focusing on his school work with a special fondness for the hard sciences. At that magical age of sixteen, however, he stepped into a class on Jewish mysticism that changed his life forever.

That fortuitous moment began his inner and outer search for transformational wisdom that has lasted 19 years and counting. Along the way, Matthew explored practices and beliefs from spiritual traditions of the East and West, gained insight from a multitude of psychological approaches, and found unique beauty in each of the denominations of Judaism. He also learned how to play the banjo.

As the founding teacher and guide for Mekorah, Matthew draws on all of his knowledge and experience to help students of diverse backgrounds tap into their own essential truths. In this ever-evolving information age, where big ideas and advice abound, the skills of a spiritual ally—sharing teachings with no-strings-attached and empowering people to become their most authentic selves—are a precious commodity. Matthew has the rare gift of presenting esoteric teachings in a way that is readily accessible (and in English!), while also creating the context for individuals to find their own voice.

At Hebrew College in Newton, Massachusetts, Matthew was ordained as a rabbi and graduated with Honours, also earning an MA in Jewish Studies. Prior to that, he studied world wisdom traditions at the Buddhist-inspired Naropa University in Boulder, Colorado, attaining an MA in Religious Studies with a concentration in Contemplative Religions. Matthew co-founded a Jewish-Muslim dialogue group at the University of Calgary, where he was granted a BA in Multi-Disciplinary studies. There, he engaged with topics ranging from physics to philosophy along with religious studies, linguistics, anthropology, psychology, and nursing. For his bachelors diploma, he was awarded a Silver Medallion for the highest marks in his department.

After years of joyful plucking and strumming, Matthew released Bridges of Song, a mystical Jew-grass album, in 2016. He loves leading song circles on banjo and guitar based on the tradition of nigunim, transportative wordless melodies. Matthew is a long-time practitioner of Qi Gong and Tai Chi, which he incorporates into his classes and one-on-one sessions. He is also a Certified Focusing Professional, which informs his body-centered approach to teaching and guidance.

Matthew strives for the ancient Jewish ideal that one’s inner and outer worlds should be aligned. To that end, he continues to explore these never-ending roads of self-discovery and refined action. Matthew is blessed with the companionship of his talented wife and co-creator Melina.  He is a proud father to Orion and Sephira who are extremely joyful and energetic children (except after 7:30 pm).

Matthew’s upcoming book contains translations of universal teachings from ancient sources of Kabbalah and Hasidism along with commentary and contemplative practices for students of wisdom from any background.